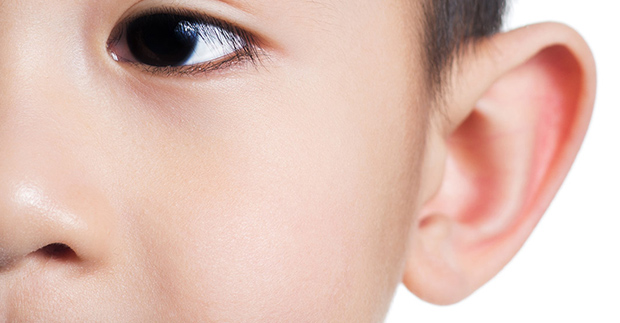 Otoplasty is an operation increasingly being recognised by adults to bring about enhanced symmetry of the face and particularly enhancement of the eyes. Ideally it is a procedure that is considered in childhood before the prominence of the ears becomes an issue. However, many adults have lingering concerns stemming back to childhood regarding the asymmetry or prominence of their ears.

Ears are almost fully grown by the age of four and if correction is undertaken prior to attending school, the teasing experienced by children will be minimised. The same procedure can readily be undertaken in the adult candidate and the operation is generally successfully achieved and well tolerated under local anaesthetic. Classical deformity of protruding ears relates to the folds of the ear and most commonly involves the anti-helical fold. The second feature is the deepness of the conchal bowl which is the cup portion of the ear. The third feature which may require correction is the ear lobe.

Ear surgery (otoplasty) can take place under general or local anaesthetic with sedation. This depends entirely on the candidate’s age and tolerance. Surgery may take up to 2 hours to achieve depending on the complexity of the procedure. Surgery is generally undertaken as a day stay procedure and patients leave the clinic soon after the operation with a head bandage.

An incision is made behind the ear and through this, the cartilage of the ear is sculpted into a new shape using mostly permanent sutures. The incision line behind the ear fades into an imperceptible line with time. The procedure consists of reshaping the cartilage of the ear, occasional removal of some cartilage, and placement of the ears in proper relationship to the face and head. Ear surgery can take place under general or local anesthetic with or without sedation, this decision will be based on a variety of factors including patients age and general health.

A well padded head bandage is applied at the completion of surgery to prevent blood from collecting under the skin. Oral antibiotics are administered for a few days and painkillers are required for the first night or two.

Perfect symmetry is almost impossible to obtain as this is not a natural occurrence even in people with “normal” ears. In a very small minority of cases, revision surgery is necessary. Infection of the stitches maintaining the new shape of the ear is also very rare but can occur. The sensation of the ear is always altered immediately after surgery, but returns to normal over a period of weeks to months. More natural appearing ears is the goal of surgery.

If you have any questions about this cosmetic procedure please contact us.